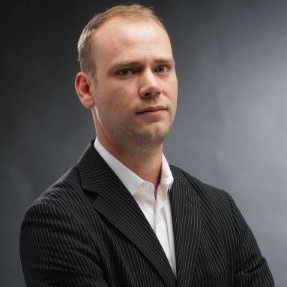 Lars Dyrud has founded three companies, has numerous patents and over 100 published journal articles in diverse fields of science and engineering. He enjoys advising engineers and scientists on innovation and entrepreneurism. Lars Currently serves as the CEO of EarthOptics a soil mapping Ag Tech start-up.

Lars received a BA in Physics from Augsburg College, was a Fulbright Scholar in space and plasma physics at the University of Oslo and received a Ph.D. from Boston University conducting doctoral research on plasma turbulence using super-computer simulations and observations.
Prior to EarthOptics, Lars founded and led OmniEarth to a successful exit through acquisition by EagleView Technologies where he most recently served as the Senior Vice President of Business Development. OmniEarth developed and provided machine-learning based imagery analytics tools to the insurance, public utility and land management industries. Lars has served as PI on R&D grants and contracts from NSF, DOE, NASA, Air Force and Industry and is involved in basic and applied research in plasma physics, applications and techniques of tomography, software radio, GPS, inertial navigation and radar. He is the founder of the APL Center for Public/Private Partnerships and has led space-related missions and projects as head of the Earth and Space Science group at Draper Laboratory and previously as senior scientist and section lead at the Johns Hopkins University Applied Physics Laboratory in the areas of space physics, GPS tomography, Novel Earth observation missions and mobile marapplications.