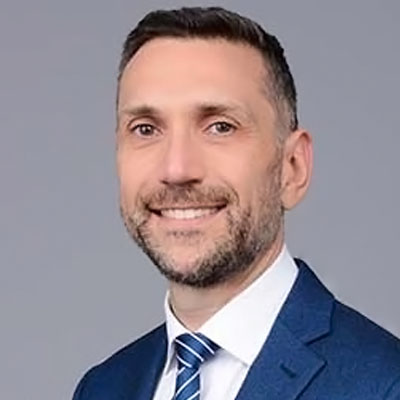 As Head of Claims for Zurich Canada, Joe Fidilio leads a team responsible for technical claims, claims operations, claims shared services, customer relationship management and claims business intelligence. His team focuses on innovation, data science, digitalization and simplification as core pillars.
Fidilio has nearly 20 years of experience in insurance as a practicing lawyer and claims professional. Starting as an associate at Forbes Chochla LLP, he earned litigation and trial experience that he later put to use for Liberty International Underwriters in ascending levels of both claims and underwriting positions, particularly in the financial lines segment. Prior to joining Zurich, he was Head of Claims for AIG Insurance Company of Canada.
Fidilio is a member of the Law Society of Ontario.
Fidilio holds a Bachelor of Arts in history from York University in Toronto, a Juris Doctor (Law) from the University of Toronto and was called to the Bar of Ontario in 2000.