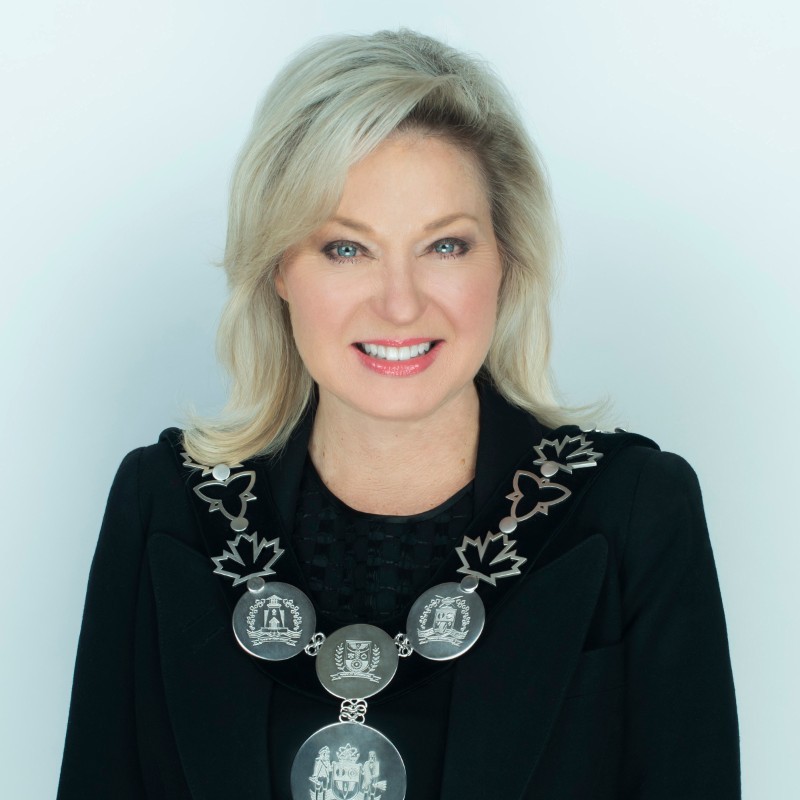 Mayor at City of Mississauga

Mayor Crombie is a Director with Alectra, a local energy provider which serves residential and commercial customers across Mississauga, as well as Hamilton, Brampton and York Region. Between 2014-2016, she served as a member of the Peel Regional Police Services Board.

Prior to her election, Mayor Crombie served as the Ward 5 City Councillor, and previous to that, as Member of Parliament for Mississauga-Streetsville. Before entering public service, Mayor Crombie enjoyed a twenty-year career in business, working for Fortune 500 companies, as well as starting her own small business.

Mayor Crombie has an MBA from York University’s Schulich School of Business and earned a Corporate Director’s Certificate from the Institute of Corporate Directors at the Rotman School of Management. She attended St. Michael’s College at the University of Toronto, earning an Honours Bachelor of Arts in political science and international relations. Mayor Crombie also studied French immersion at the Paris Sorbonne University.

Mayor Crombie was awarded the Queen’s Diamond Jubilee Medal for her work in the community. She and her husband Brian have three children, Alex, Jonathan and Natasha. Bonnie speaks conversational French and Polish.