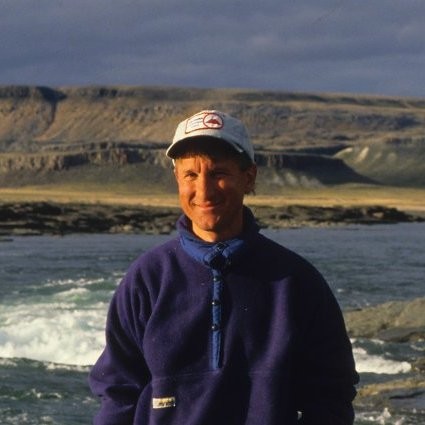 Edward Struzik is a writer, rapporteur, public speaker, fellow at Queen’s Institute for Energy and Environmental Policy, School of Policy Studies, Queen’s University. He focuses on a wide range of scientific and environmental issues. A regular contributor to Yale Environment 360, an international online magazine published by the Yale School of Forestry and Environmental Studies, his articles and photographs appear in journals, magazines, and newspapers such as the Los Angeles Times, Scientific American, Natural History, Policy Options, Foreign Policy Review, Canadian Geographic, National Geographic Traveler, Maclean’s Magazine, the Globe and Mail, Toronto Star, and the National Post.

Edward has earned more than 30 awards for his writings. Included among them are the U.S. based Grantham Prize, the Atkinson Fellowship in Public Policy, and the Sir Sanford Fleming Medal, which honours individuals who have made an outstanding contribution to the understanding of science.
In reviewing Edward’s book, Future Arctic, Field Notes From A World on the Edge, New Scientist magazine wrote. “For many Canadians, (Edward Struzik”) writings from the far north will be immediately familiar. But Future Arctic should be the book that introduces him to the rest of the world because his unique voice needs to be heard.
Edward’s latest book, the highly acclaimed “Firestorm, How Wildfire Will Shape Our Future,” won the 2018 Science in Society Book award. Since publication, Edward has been invited to speak on the topic, from Los Angeles to Whitehorse, and from Campbell River in B.C. to Portland, Maine. In 2018 he briefed Congressional staffers. In 2019 and 2020, he has, and will be speaking to the Canadian Council of Forest Ministers, the Conference Board of Canada, the Insurance Bureau of Canada, the Wildfire Summit in California, The Canadian Forest Products Association of Canada, the Los Angeles Times Book Festival, The Mountain Festival in the Yukon, and the University of Trento in Italy. He recently appeared in the National Geographic documentary “The Last Ice”.
For more information on Edward Struzik and his views on wildfire, see the Questions and Answer article the New York Times recently published. https://www.nytimes.com/2018/08/24/world/canada/extreme-fires-canada-letter.html

For an independent profile of Ed Struzik, visit Yale University’s Forum on Climate Change and the Media.
http://www.yaleclimatemediaforum.org/2008/09/2008-grantham-prize-special-merit-winner-reporter-photographer-ed-struzik/