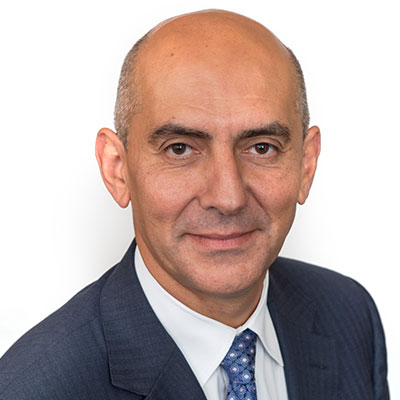 Deputy Chief Economist at The Conference Board of Canada

Pedro Antunes leads a team of economists responsible for the production of the Conference Board’s suite of economic forecast products, as well as other reports and economic indicators that relate to Canada and its regions. Mr. Antunes is a spokesperson for the Conference Board and has provided expert testimony before parliamentary committees. He makes numerous presentations on economic topics and dialogues with Canadian leaders, the public and media about issues important to Canada.

Mr. Antunes joined the Conference Board in 1991 after working with the Canadian Forecasting Group at the Bank of Canada. Before being appointed Deputy Chief Economist he was director of the national and provincial forecast team and of custom economic services—a role that allowed him to conduct numerous studies on economic issues. He specializes in building econometric forecasting models, analysis of economic impacts, demographic and labour markets.

In addition to the regular forecast publications that he oversees, Mr. Antunes also led research on the impact of demographic change on the financial sustainability of public health care, productivity and other issues affecting the long-term economic growth for Canada and its provinces. Pedro also worked on several international projects, helping decision-makers in Tunisia, Morocco, Jordan and Ukraine develop appropriate forecasting and policy analysis tools. Mr. Antunes also serves on the Board of Advisors of SyENERGY, an energy efficiency technology firm headquartered in Magog, Quebec.

Pedro is fluent in both official languages. He is married with one son and his interests include coaching and playing soccer.